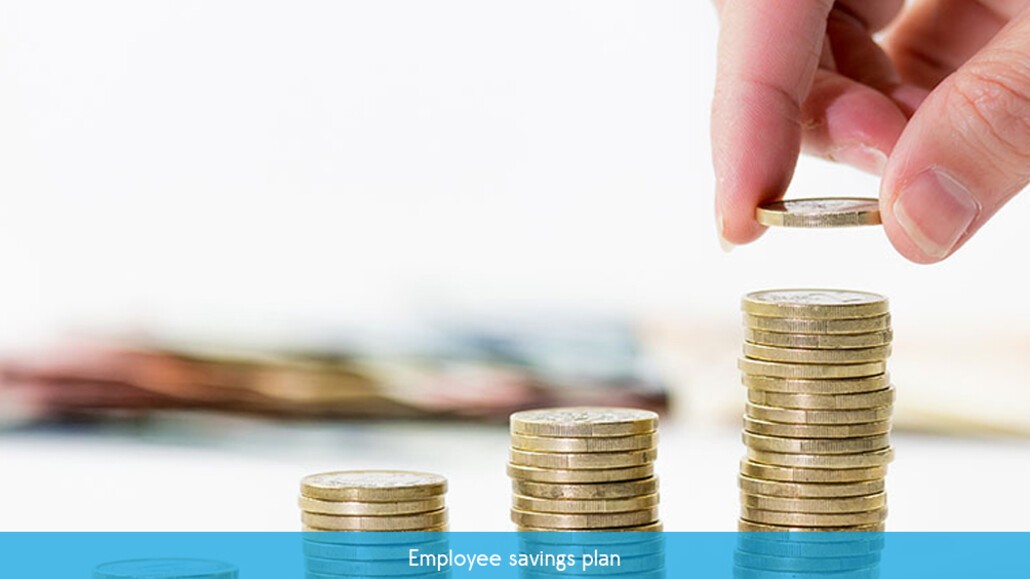 London, 03 December 2018 – Amid fears of another economic shock and fading trust in European political institutions, pension plans are using fresh approaches to generate returns, according to a new survey published today by CREATE-Research and Europe’s largest asset manager Amundi.

The rise of populism, evidenced by the Italian elections result and the Brexit vote, is symptomatic of fading trust in the European Union as an institution, creating long-term investment risks. Pension plans are therefore shunning the old ways of investing and adopting innovations in asset classes, asset allocation and thematic investing.

Amundi and CREATE-Research’s report surveyed 149 pension plans in Europe – with total assets of €1.89 trillion  - in order to provide insights into how they are faring in today’s complex market environment, which is marked by the rise of populism and the unwinding of the crisis-era loose monetary policies. Below we outline the key findings from this year’s survey.

Pension plans will continue to perform a delicate balancing act between caution and opportunity by accepting, on the one hand, that future returns for most assets will be lower, while avoiding the regret of missing a once-in-a generation bull market on the other. According to one interviewee, “there’s no fuel left in this bull market. There are no new booster rockets on the horizon.”

As a result, nearly two-thirds of respondents believe the search for yield will favour global equities and illiquid assets like real estate, infrastructure and alternative credit. These asset classes, according to one UK pension plan, are good diversifiers: they have a very low correlation with traditional asset classes, are regular cash-flow generators, and enable the pension plan to pay out retirement benefits irrespective of their wider environment.

Conversely, European government bonds, US equities, US investment grade corporate bonds and Japanese equities are all seen to be overvalued. Hedge funds and currency funds are the least favoured asset classes according to the pension plans surveyed. Although no region stood out for stellar returns, Asia (excluding China), the US and India were ranked as the top three regions most likely to offer the decent returns over the next year.

The EU’s current recovery is work in progress

The overwhelming majority of respondents (c. 80%) agree that the recent recovery in the EU is cyclical and fuelled by synchronised global growth. Only a quarter of respondents agree that Europe has finally healed after the 2008 crisis. In fact, the Italian situation is symptomatic of the EU’s deep-seated structural malaise: inefficient labour markets, subdued physical investment and glaring productivity gaps between core and peripheral states.

Only 35% of pension plans believe Europe is very likely to remain an attractive place for decent returns. This is because there is a reluctance on the part of national authorities to pursue genuine European solutions to the common problems they face: large deficits, mounting debts, sagging productivity and a lack of innovation. The reform agenda needs second wind.

Nearly 60% of respondents find that the institutional and policy inertia that rule out the bold reforms needed have given rise to populist sentiment. This is a great source of worry for pension plans as there are fears that a lack of concerted action will mean Europe is unable to deal with the next global economic crisis when it comes.

The EU needs a clear vision and practical action plan

According to one respondent, “For every one person who thinks that the EU is making progress, there is another one who thinks the opposite.” Brexit offers the EU another opportunity to set out a vision of what it wants to be. The top three requirements identified by survey respondents are:

1) an overarching action plan with a road map of where the EU is heading in the foreseeable future;

2) fresh momentum for strengthening the Monetary Union and the Capital Markets Union to improve the economic resilience of member states; and

3) reducing the trust deficit in politicians and political institutions by improving social welfare, reducing income inequalities and improving employability in the age of technological change.

New asset allocation approaches are becoming increasingly adopted by pension plans, with diversification tools that were once peripheral now going mainstream. The top three asset allocation approaches being implemented are: risk factor investing (58%), uncorrelated absolute return investing (53%), and alternative risk premia to exploit temporary price anomalies (48%). “The old style diversification is not suitable in a period of high volatility and low returns”, according to one of the pension plans surveyed.

Respondents cited ESG investing as the dominant secular theme going forward. No longer a box ticking exercise, it is seen as a hard-nosed approach to investing as unfamiliar risks emerge.

Before the first IORP Directive in 2003, pan-European employers had to run separate pension entities for each jurisdiction in line with local regulations. The Directive started the process of consolidation. Since then, there has been a rise in the number of total IORP assets across the EU when the IORP II Directive was enacted in December 2017.

Less then a quarter of the pension plans surveyed are already implementing it at this early stage.  A further 60% are in the awareness-raising stage. Around 40% expect the pace to increase. According to one pension plan surveyed, “We need a one-stop-shop facility that reduces complexity in our pension plans in the EU.”

Professor Amin Rajan of CREATE-Research, who led the project, said: “The widespread rise of populism at a time when Central Banks are unwinding quantitative easing has pushed pension plans in a new phase of heightened uncertainty.”

Pascal Blanqué, Group Chief Investment Officer at Amundi, said: “Political risk has gone from being a temporary disturbance to taking centre stage in more fragile economic and financial markets. In response, pension plans are being utterly pragmatic in how they are responding. Their asset allocation is witnessing continuous innovations.”

CREATE-Research is an independent research boutique specialising in strategic change and the newly emerging business models in global asset management. It undertakes major research assignments from prominent financial institutions and global companies. It works closely with senior decision makers in reputable organisations across Europe and the US. Its work is disseminated through high-profile reports and events that attract wide attention in the media. Further information can be found at www.create-research.co.uk 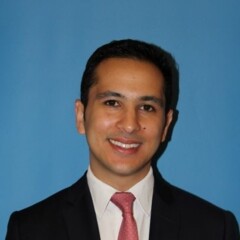 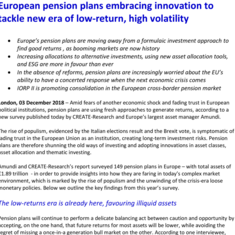 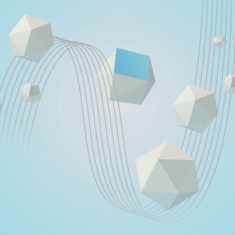