Stanislas Pottier graduated from the Ecole Nationale d’Administration (ENA) in 1994 and the Ecole Supérieure de Commerce de Paris (ESCP Europe), in 1989. He started his career at the French Ministry of Finance, in 1994, worked as Economist at the World Bank, in Washington DC, between 1998 and 2000, before coming back to the French Ministry of Finance, Trade and Treasury Department, where Stanislas Pottier held several positions until 2005.

Between 2005 and 2007, Stanislas Pottier was advisor and then deputy Chief of Staff to Thierry Breton, Minister of Economy, Finance and Industry, and deputy Chief of Staff and then Chief of Staff to the Trade Minister Christine Lagarde. He followed Christine Lagarde, French Minister of Economy, Finance, Industry and Employment as Special Advisor from 2007 to 2009. Between 2009 and 2011, Stanislas Pottier was Special advisor to Michel Rocard, former Prime Minister and Ambassador of France to International Negotiations on the Arctic and the Antarctic.

Before joining AMUNDI in June 2018 as Chief Responsible Investment Officer and Member of the Executive Committee, Stanislas Pottier was Global Head for Sustainable Development for Credit Agricole SA Group from 2011 to 2018, and Member of the Group Management Committee since 2017. 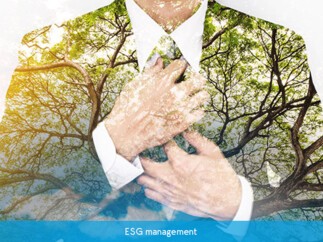